by Tere Cervero and Melanie Tan

The WBCP-Raptor Group and the ARRCN have completed the Project Northern Light Lecture series on Migratory Raptors 2015 which was held from 10th to 13th October 2015, conducted by the ARRCN, the Nature Conservation Society of Japan and the WBCP Raptor Group.

The Project Northern Light Lecture Series is a joint project of ARRCN and the WBCP-Raptor Group to spread awareness, appreciation, concern and conservation of Raptors which are the apex species in the food chain and therefore an important indication of the health of the environment. The project was launched last year with its first lecture series in August. Part of the program is the dissemination of Raptor Information sheets (which is now in the second edition) and distribution of migration monitoring equipment.

Speakers at this Lecture Series were Toru Yamazaki, President of the ARRCN, who spoke about the importance of Raptors to the environment; Yasunori Nitani who presented film documentaries on the breeding behaviour and ecology of the Grey-faced Buzzard and Raptor Conservation Efforts in Taiwan; Seiichi Dejima of the Nature Conservation Society of Japan spoke about forest conservation, rehabilitation and restoration. Alex Tiongco of the Raptor Group spoke about the recent developments on raptor migration in the Northern Philippines.

The Lecture series was held in 3 places which have been discovered recently as important raptor migration flyways for Northern Philippines during Spring Migration. They are Laoag, Pancian and Adams at Ilocos Norte, and Sanchez Mira at the Cagayan Valley which has also been proven to be a spring roosting site for Grey-faced Buzzards.

The other events held in conjunction with the lectures were:-

1)      Distribution of the first issue of the Raptor Information sheet 2015 edition. The 2 universities required more copies and we promised to send them the soft copy for printing at their expense provided the only amendment they can effect is to include their University logo on the space provided.

2)      Turn over by the Nature Conservation Society of Japan of raptorwatch equipment composed of binoculars and a spotting scope donated by Nikon.

3)      Launching 2016 spring raptor watch Pannzian, Pagudupud which is now a joint project of the 2 Universities. The NWU research group will be led by Mr. Michael Calaramo while the CSU-Sanchez Mira survey with students will be supervised by Dr. Shella Cacatian.

4)      In line with the request of the Department of Education for more projects aimed at spreading awareness on nature conservation. Dr Pete Calope promised to involve more students from Laoag on birdwatching projects like AWC, the Return of the Great Cormorant festival, the Spotted Imperial Pigeon spotting. Richard Ruiz who is a Laoag member of the WBCP will be conducting more bird walks. NWU (Mike Calaramo) will conduct plant and tree walks.

5)      An MOU between the NWU, ARRCN, and the Raptor group was entered into for collaboration in the discovery, gathering and study of numbers, species, routes and habitats of migrating raptors and the establishment of a Raptor Data Bank in cooperation with other universities here and abroad. 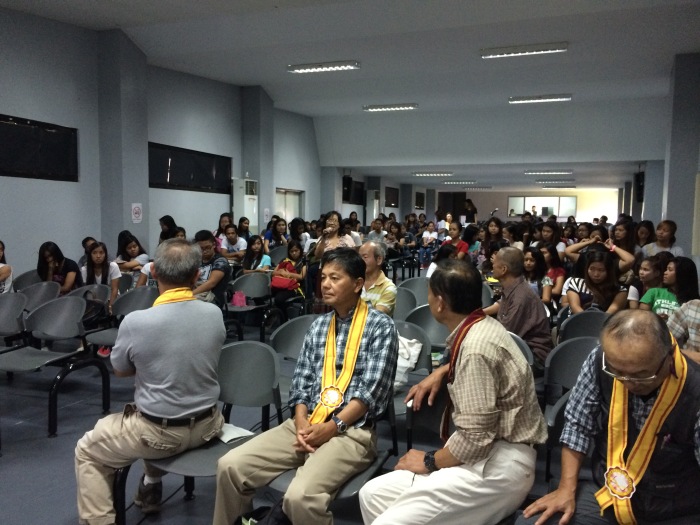 Attended and hosted by the University Chief Executive Officer – Dean Froilan Pacris – and all department heads and selected students from High School and the college levels.

Also discussed was the creation of a university-organized raptor database on routes, roosting sites and ecology where all students can report information individually gathered.  Further study on the development of the system will be made collaboratively by email.

A roost watch monitoring led by an ex-hunter will also be conducted by the University on the known roosting site of the Greyfaced Buzzard at Sanchez Mira. The spring raptor watch of the students in Sanchez Mira will be supervised by Dr. Cacatian.

In attendance were the Mayor of Pagudpud – Mr. Marlon Sales, the wife of the Mayor of Adams – Dr. Bielmaju Waley, who is also the Municipal Doctor and head of the local Department of Tourism (the mayor of Adams had a meeting in Baguio), Barangay heads and kagawads, various farmer and fishing groups, the MENRO of both Adams and Pagudpud and the CENRO. 62 people attended the lectures braving the inclement weather. Because of bad roads and swollen rivers, only half of delegates from Adams using motorcycles on hanging brides over rampaging waters was able to attend the lectures at Pannzian.

Lecture at Pannzian Resort with LGUs of Pagudpud and Mayor Sales in orange tshirt. 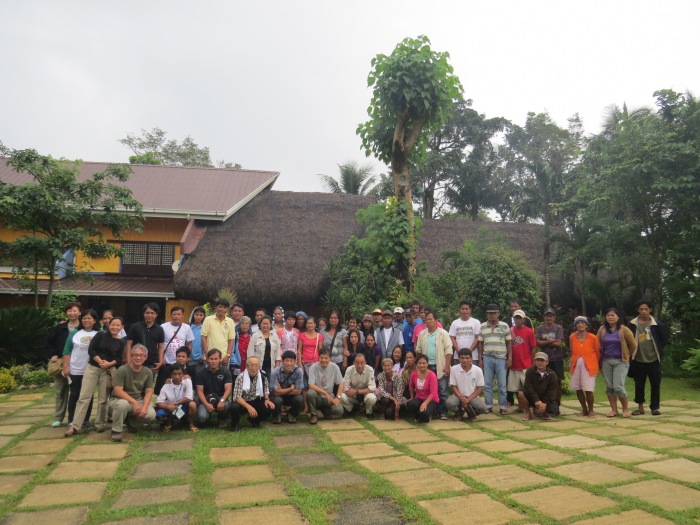 Watching raptors at the adams viewpoint with the ARRCN team.

Binoculars were turned over to the Mayor of Adams (Mr. Eric Bawingan) and the Menro for raptorwatch. Adams will build a raptorwatch shed on Lover’s Peak for their observers.

The mayor of Pagudpud will encourage the Municipal high school to get its students involved with the science projects of both NWU and  DMMSU which are being conducted on the Patapat – Kalbaryo Mountains. The Municipality of Pagudpud has an on-going MOA with the DMMSU for such projects but has been seldom used.  He will also instruct his Menro, and forest guards to spread out during spring migration to help discover other viewing sites.

A Mini 2016 Spring Raptorwatch Festival is now being planned at Pannzian to be held during the projected peak of the Grey-faced Buzzard Migration in the North.