Here are the activities the Wild Bird Club of the Philippines had in the past month.

October 7, 2017  – Guided Trip for UP Mountaineers
University of the Philippines, Quezon City

Part of the UP Mountaineers activities for their applicants is a birdwalk in the UP Diliman campus with WBCP volunteers guiding the applicants. 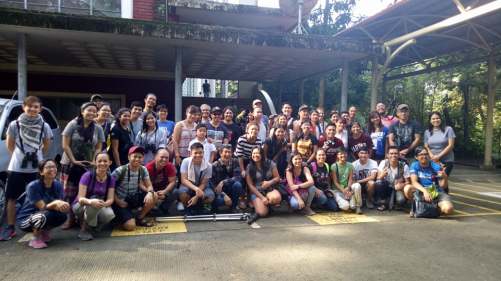 Chinese Sparrowhawk, our first and closest, but just one of 15 that passed over the group. Photo by Pete Simpson

WBCP volunteers, headed by Anna Gonzales, together with Ayala Land Sustainability unit, AyalaMalls Greenbelt, held a morning bird walk at Greenbelt in Makati, as part of ongoing initiatives with Architecture Steiner on Place as Memory, Memory as Place.

After the guided birdwalk in Greenbelt, Makati, Execom members had a meeting at the M Cafe.

The WBCP attended the recent 9th Borneo Bird Festival and participated in the various activities during the event.

As part of the activities of the 12th Conference of Parties (COP12) on the Convention on Migratory Species (CMS), delegates and guests of the conference joined a number of birdwatching trips in various site, guided by volunteers of the WBCP.

Some WBCP members attended the recent CMS-COP in the PICC, Manila. A full article about the event coming up in next month’s issue of eBON. 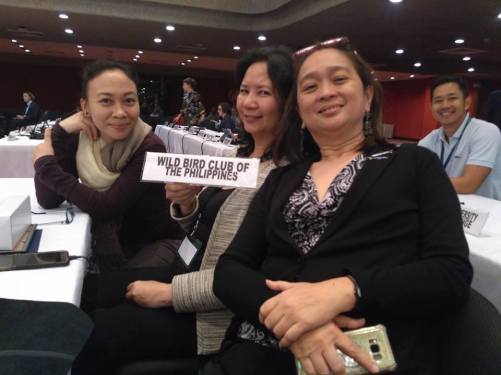