Migration is in full swing and some of you may feel like taking a trip up North to Laoag to see some interesting birds.  WBCP member Tonji Ramos prepared a short guide to help you plan your trip.
—

The Rare Migrants of Laoag
by Tonji Ramos

The birding in Laoag is for migratory specialties. It seems to be a migratory highway for unusual migrants.  WBCP member Richard Ruiz always has the most interesting reports. The word rare is often overused or carelessly used to describe a bird sighting.  When Richard reports a bird, I make it a point to read that trip report because he only likes to report rare birds. And when Richard excitedly calls me to tell me about a bird, I just tell him I will pack and will be on my way. Some of the migrants stay for a long time and some for just seconds. If you are hoping to get a particular bird it is best to check with Richard to find out if the bird you want is still there. He is an avid birdwatcher and monitors his favorite sites regularly.

This is my favorite spot in Laoag. Permission is required for entry. It is has shown us a lot of interesting birds over the past few years. Richard has recorded 12 species of ducks including Gadwall and Spot-billed Duck in this location during his 5 years of monitoring this site. He has also recorded Caspian Tern, Plaintive Cuckoo, Great Cormorant, Yellow Bunting, Green Sandpiper, Slaty-backed Gull, Black-necked Grebe and other unusual birds. The group of Rob Hutchinson, Kitty Arce, Irene Dy, and Melanie Tan just finished a trip to Laoag this December 2013 and they saw even more unusual birds there including Black-tailed Gull, Red-footed Booby, and other ID still to be confirmed gulls.

Yellow Bunting Emberiza sulphurata
– I saw this bird in Gabu and was very happy because it was a nicer setting for a photo.
– Uncommon to rare – shows well  at eye level in Gabu

Slaty-backed Gull Larus schistisagus
– this was found by Sylvia
– Rare. Only the second sighting in the Philippines.

Spot Billed Duck Anas poecilorhyncha
– found by Richard
– one of the 12 species of ducks have been recorded in Gabu by Richard over the years. I expect he will see a few more in the near future.
– listed as rare in the Kennedy guide

Black-necked Grebe Podrices ruficollis
– only seen once previously in 1929. I saw this bird after a big flock of ducks flew up in the sky. When they started landing this bird was in one of the ponds. It was a great thrill.

Red throated Pipit Anthus cervinus
– generally rare
– I found these little guys at the back of Gabu. I was so excited to find another lifer that I did not expect.

Siberian Ruby Throat Luscinia calliope
– not a rare bird but always a treat to see.

Laoag River
The river is a good place for afternoon birding. It is good habitat for some waders and little brown birds that like to hide in the grass. There are also a lot of Java Sparrows and an occasional Osprey.

Lake Paoay
Lake Paoay has hundreds of ducks. But bring a scope because they are quite far away. It is also a good site for the Cormorants; we saw them there in our last visit in December.  The lake is not a good place for bird photography. The distance is too far for anything but a good scope. The annual Return of the Great Cormorant Festival is held here

Cemetery
The mulberry trees in the cemetery are a favorite of the migrant starlings. Richard has told us that 3 or 4 species have seen perching on the same tree. Richard has reported some European starlings as well.

Gadwall Anas strepera
– We spotted this bird in 2011 and got to take the first photos in the Philippines. Ilocos is really a great place for new discoveries and unusual sightings of migrants.
– It is also one of the best places to take pictures of Philippine Ducks.

Pasuquin
A unique birding experience is seeing a big flock of the difficult to find Spotted Imperial Pigeon visiting the beaches in May. Richard found out about this annual habit of the birds and told us about it. The birds come during May and they are such an unusual sight. They start from the forest and then land on in beach and seem to be eating something in the sand. This bird is very difficult to find nowadays, but it can easily be seen in Laoag in May.

How to Get There
Located near the North West tip of Luzon, in the province of Ilocos Norte, Laoag is around 500 kilometers away from Quezon City. You could take a bus to Laoag or a plane.  I always take a car when I go to Laoag because you need a vehicle to maximize your time and to visit all the sites. The drive can take 8 to 12 hours depending on your speed and the time of the day.  The quickest times I have experienced were when I timed our arrival for midnight or past midnight.  Passing thru the small towns when there is no traffic means going around 80-100kph vs 10kph.  When in doubt use Google Maps, especially at night, it makes driving safer because you can anticipate the curves on the road.

I have stayed in 6 hotels in Laoag. The 5 star hotel is Fort Ilocandia. It is a big place with great grounds just beside the beach. Rooms are a good size and some birding is possible. But it is the most expensive place. It is at least 2x to 4x more expensive than the other choices.  An ordinary room costs around P5000+ a night.

My choice would be Balay da Blas Pensionne House. They have cheaper rooms at P1200 per night and a really nice suite at P2100 per night. The small room is just like all the other small rooms we encounter on these trips.  I liked the suite. It had a huge bathroom, living area, and two beds. It is best to negotiate the price, like most hotels now there is a published rate and a discounted rate. The owner’s name is Sammy. He has gone birding a few times.

The best restaurant in town is Saramsam Ylocano Restaurant. It is in the lobby of Balay da Blas. I usually order the Poque-poque . It is a vegetable dish made with Scrambled egg, eggplant, tomatoes, onions and bell peppers. When in Ilocos we always order Bagnet, because how can you deny the yummy goodness of deep fried pork. We usually have longganisa for breakfast and sometimes for dinner as well. For dessert we like the Kalti, they call it an Ylocano dessert fondue with sticky balls you dip in a hot sweet syrup.  I can list more food that I like, but this might turn into a food article instead of a birding article.

If you want an inexpensive place the Hotel Tiffany is ok. Rooms cost around P1000 a night, maybe a little less. Get a room in the lower floors so you don’t have to climb up too much.  In the lobby there is a diner with American style diner food and some Ilocano food. We have stayed in Hotel Tiffany several times. Very simple and basic but we really just crashed in the bed and there is room service so that’s all a tired birder really needs. 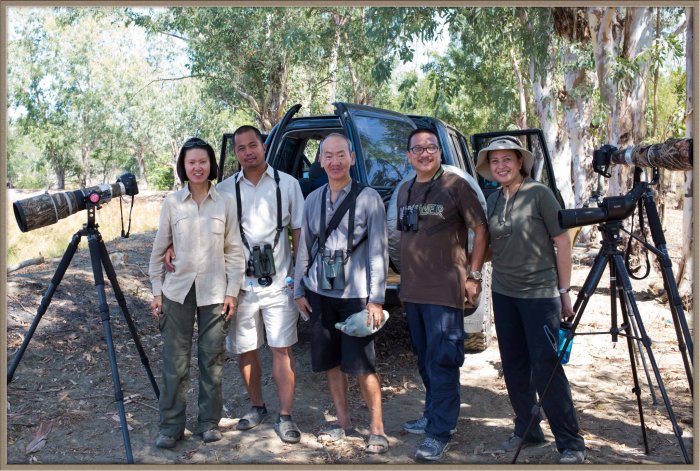 One thought on “Birding Destination: Laoag”