eBON is happy to share  happy memories from Ned Liuag, founding vice president of the Wild Bird Club of the Philippines. This is an article Ned wrote for the April-May 2004 issue of the Plantersbank News.

An Appreciation of Birds & the Art of Fatherhood
by Ned Liuag

Quite a few people at work already know that I enjoy the outdoors and will spend hours enduring bugs or the cold observing birds.

This note was the result of reading and listening to remarks exchanged among members of my birdwatching society, one of whom recently added to his brood. He felt frustrated missing out on several important finds, it seemed.

I’ve seen some uncommon and beautiful birds since I passionately took up the hobby. But I would happily give up those moments if I could spend a few more hours rocking my daughter to sleep in my arms.

The picture was taken in Kapatalan, Siniloan, Laguna …up in the
Sierra Madre range enroute to Real, Quezon.
That’s the old homestead where Marilyn spent her childhood. It was
still swidden farms back then and the way people went down to Siniloan town was to hitch a ride on the logging trucks.

My earliest memories of birds are of raptors. Mama always pointed them out soaring above the house on hot summer afternoons in San Pablo. She told us that when she was a child their appearance always sent the family scampering for baskets to protect the chickens. Though I was born in the year of the snake, I like to think that it was the kali—the Brahminy Kite—that chose itself for me. I remember its passage directly overhead, putting me in its shadow for a brief yet life-changing moment. That was an awe-inspiring experience and since then the presence of the kali has always been a source of comfort and reassurance.

Some of the most memorable birdwatching moments are those spent with my daughter Sasha. From the day she was born – after a long, nine-year wait—her place in my life and Marilyn’s has been marked by the passage of birds…the Taiwanese ad showing father and daughter out birdwatching that I saw on television before we knew we were “with child”…a pair of sparrowhawks in Sampaloc Lake that ushered the week of paternity leave; crows and the swallows outside the hospital windows the drizzly day she was born; the first confirmed Peregerine Falcon on our first Christmas morning; a Brown Shrike that flew in through the front door and exited the window of the nursery; Crested Mynahs behind the Film Palace the first time we took Sasha out to peer at the sea. And the chilly mornings spent scanning the backyard for sunbirds with Sasha cradled in the crook of my left arm and a pair of binoculars firmly in my right. I remember her taking the first awkward steps at the American War Memorial during our birding trip; and I am proud that we passed our first father-daughter expedition there without mishap.

I once fretted at the office that my daughter was keeping me up at night and to this her titas in the bank said I should enjoy the moment, because time flies fast. One moment they’re toddlers, they’re in college the next.

I can hardly lift Sasha without straining my back now and wish I’d spent more hours birdwatching with her asleep in my arms.

About the author:  Ned Liuag has been working for a Makati-based private development bank for the past 25 years and was recently appointed environment and special projects officer.  The founding vice president of the Wild Bird Club of the Philippines, he lives with his family in a tiny flat crammed with books. 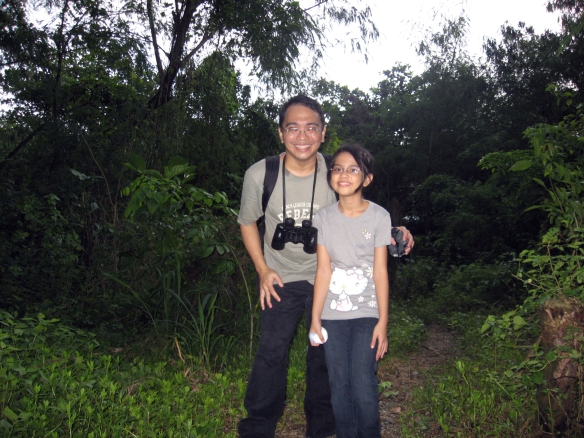 Birding is a family past time for Ned and Sasha!

Sasha and Ned mucking around in the Sariaya mangroves.

Sasha checking out the birds while on a trip to Los Angeles, California 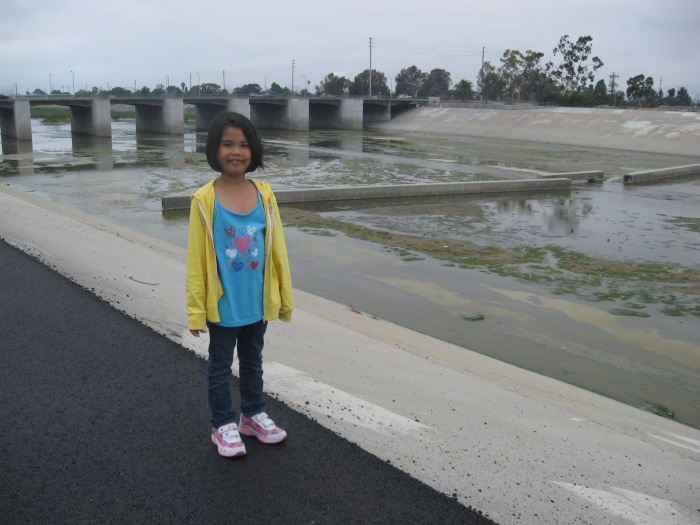 Looking for Black Kites from a hotel window in Hong Kong. 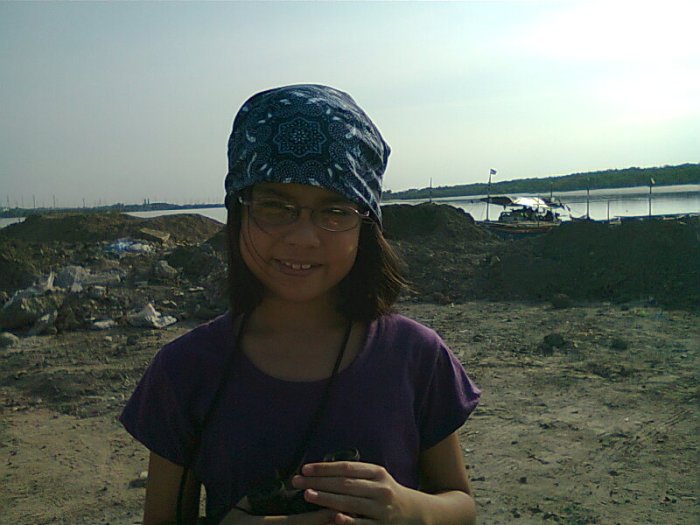 2 thoughts on “Ned Liuag on Birds and Fatherhood”