Birding in the PISAY campus. Photo by Jasmin Meren

Sept. 5 – Club Trip in Kawayan Cove. The WBCP was invited to conduct a bird survey in Kawayan Cove in Nasugbu, Batangas. Six members were able to participate, seeing a total of 42 species, including Red-crested Malkoha, a dark phase Easter Reef Egret, and Mangrove Blue Flycatchers.

Sept. 8 – Club Trip in LPPCHEA. Five birders went to the Las Pinas-Paranaque Critical Habitat and Ecotourism Area to check if the migratory birds have started arriving. The group did see a number of migrants including Brown Shrikes, Common Kingfisher, Grey-tailed Tatler, and Asian Golden Plover. 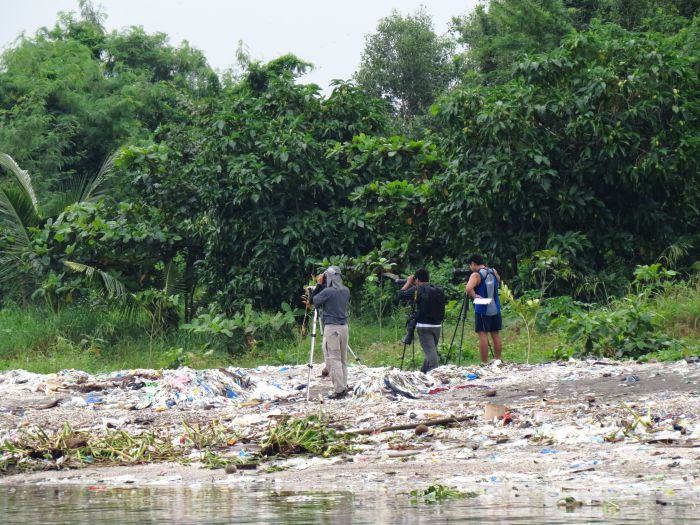 Sept. 15 – WBCP-Kenko Guided Trip in UP Diliman. Even with the threat of rain, 40 participants and WBCP guides went birding in the UP Diliman campus and saw some great birds such as Philippine Pygmy Woodpecker, Philippine Nightjar, Common Kingfisher, and Coppersmith Barbet. 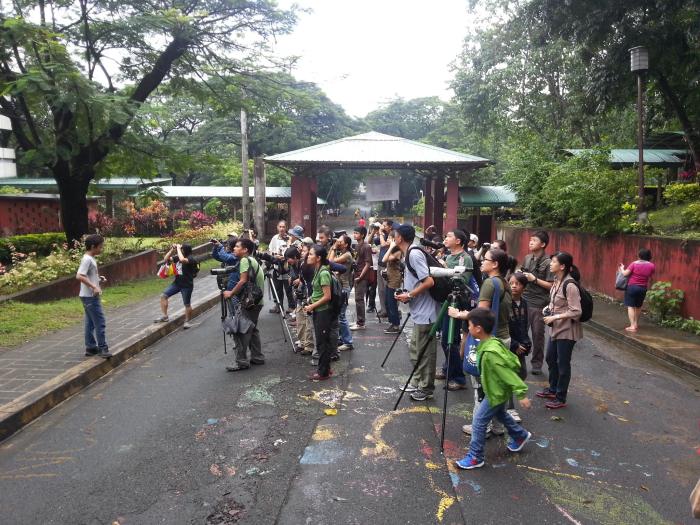 Birding in the UP Diliman campus. Photo by Anna Gonzales

Sept. 20 to 22 – International Hornbill Expedition in Malaysia. Organized by the Malaysian Nature Society, the International Hornbill Expedition was held in the Belum-Temengor Forest Complex in Perak, Malaysia. The event, which was participated in by fellow birders from the region. WBCP Treasurer Mike Lu was invited to speak about the Asian Bird Fair which Malaysia will be hosting in October 2014. 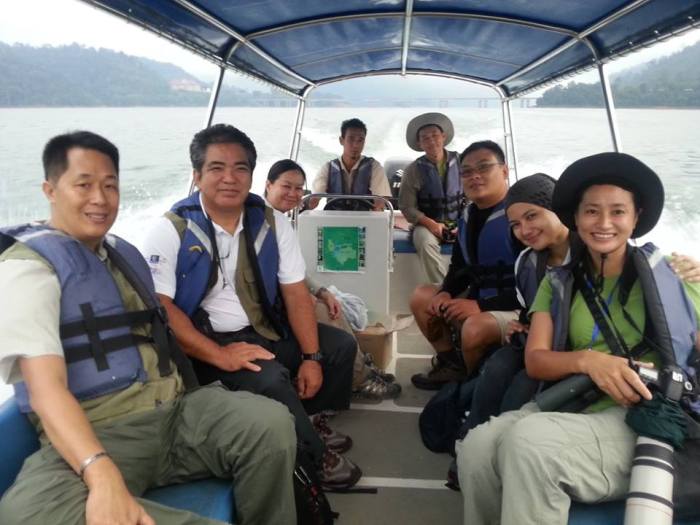 RAPTOR WATCH: A number of watches was scheduled in different locations specifically for counting the migratory raptors that fly into the Philippines. Here are the dates when volunteers looked up to the skies to count:

Sept. 14 to 29 – Chinese Goshawk Migration Count in Tanay, Rizal. Here is the count for Tanay:

One thought on “SEPTEMBER 2013 ROUNDUP”