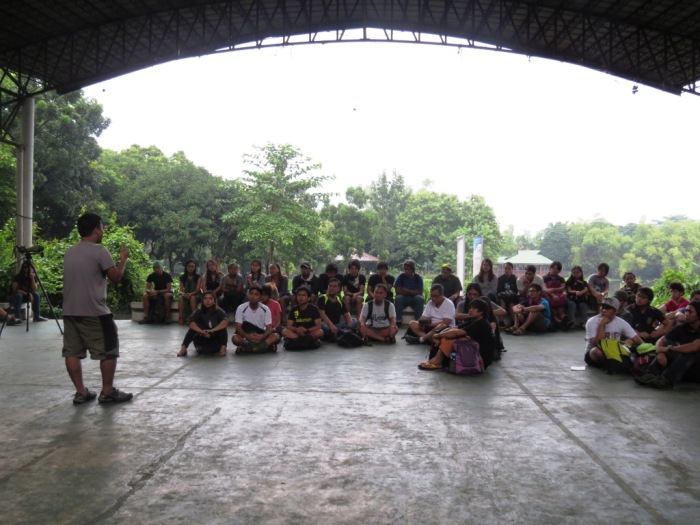 Jops giving the introduction to the birding activity in NAPW. Photo by Maia Tanedo

Birding in the UP Diliman campus. Photo by Maia Tanedo

Aug. 17 – Raptor Symposium. The WBCP partnered with the Asian Raptor Research and Conservation Network (ARRCN) to “The Asian Birds of Prey: A Symposium on the Migratory Raptors of Asia.” The symposium was held in the UP Diliman College of Science auditorium. 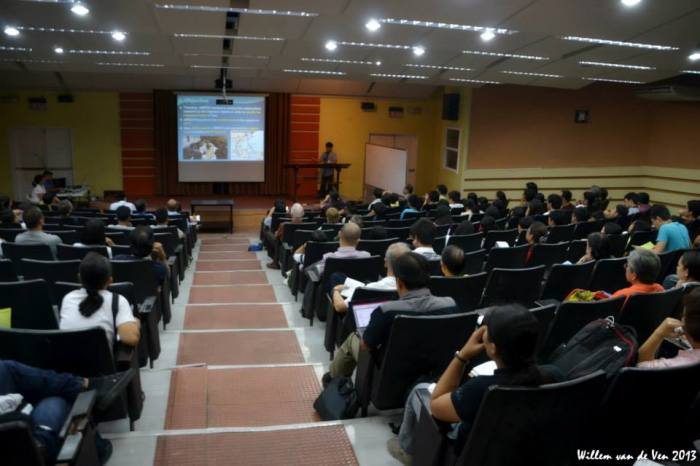 Inside the auditorium during the lectures. Photo by Willem Van De Ven 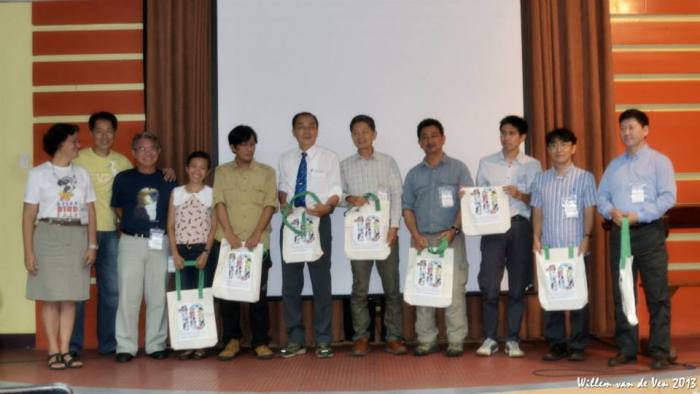 WBCP members and foreign speakers pose for a group photo after the lectures. Photo by Willem Van De Ven

Aug. 18 – Post-symposium Field Trip. The foreign speakers of the raptor symposium went on a field trip to the PAGASA Weather Station in Tanay, Rizal. They then proceeded to the Tanay Rainforest Camp for more birding before heading to Mt. Makiling in Laguna the following day. 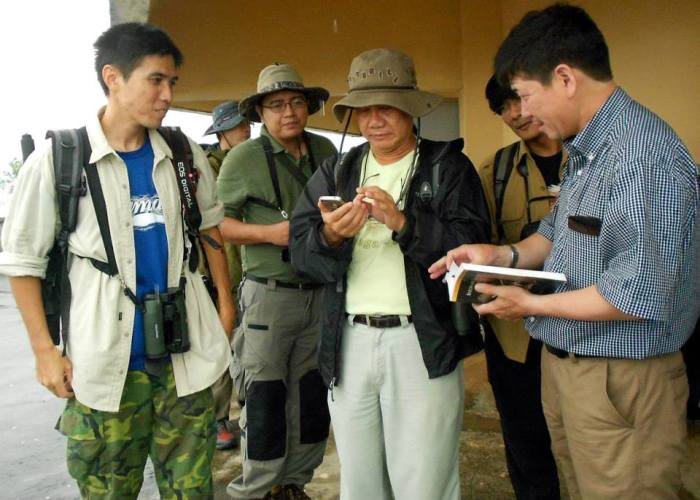 Serious discussions among raptor enthusiasts in the PAGASA Weather Station in Tanay. Photo by Tinggay Cinco

Birdwatching in the Tanay Rainforest Camp. Photo by Tinggay Cinco 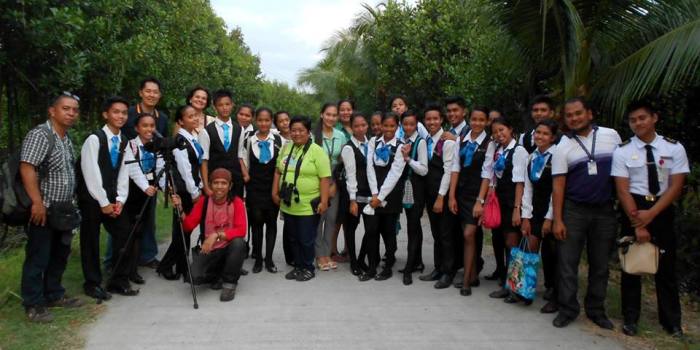 Aug. 29-30 – Birdwatching Talk in Coron, Palawan. In partnership with Birdwatch Coron, the WBCP gave introductory talks about birdwatching. Jops Josef and Maia Tanedo gave lectures to adults and to kids and took the participants out birding after.

Aug. 30 – Bird Lecture and Bird Photo Exhibit in Philippine Science Highschool. Initiated by WBCP Secretary Jon Javier, the WBCP participated in a number of activities during the Philippine Science Highschool’s Humanities Festival and 49th Foundation. Trinket Constantino gave a talk about birdwatching and a photo exhibit featuring the birds found in the campus was set up. Photographs were from Adri Constantino, Trinket Constantino, and Jops Josef.