July 14 – WBCP 10th Anniversary Party and General Assembly. The WBCP celebrated its 10th Anniversary and had its annual general assembly in the La Vista Clubhouse in Quezon City. Special guests who arrived were Senator Cynthia Villar, Balanga City Mayor Joet Garcia, former Candaba Mayor Gerry Pelayo, and PAWB Director Mundita Lim as well as representatives from organizations and companies the WBCP has partnered with over the years.

Friends from the Department of Tourism Region IX flew in from Zamboanga and even shared some traditional food and dances from their region. Photo by Marites Falcon

July 20 – Bird and Tree Walk in Pisay. WBCP Secretary Jon Javier organized a bird and tree walk in the Philippine Science High School campus in Quezon City. This is inline with the Agham Road birdwatching project that aims to make the campus more bird friendly as well as to promote birdwatching in the school.

July 27 to 28 – Club Trip and Bird Survey in Timberland Heights, San Mateo. The WBCP was invited to do a second bird survey in Timberland Heights. Together with members from the Philippine Native Plants Conservation Society, Inc. (PNPCSI), the group was brought to different areas of the property. Species seen include a Philippine Frogmouth, Ashy Ground-Thrush, Black-naped Monarch, and lots of White-breasted Wood-swallows, Long-tailed Shrikes, and Pied Bushchats. 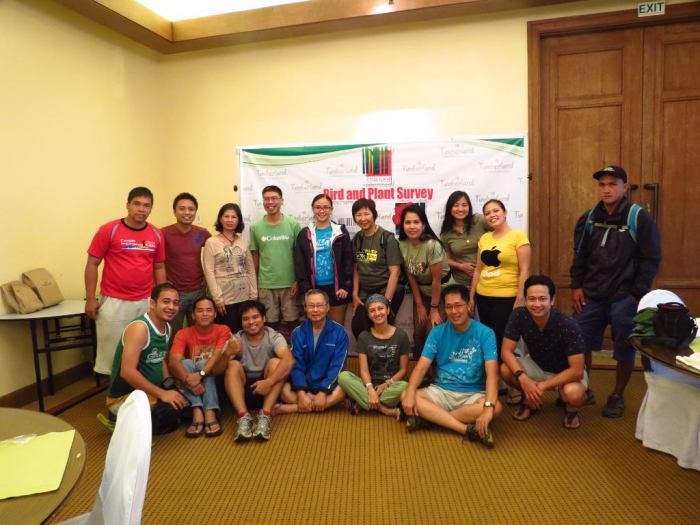 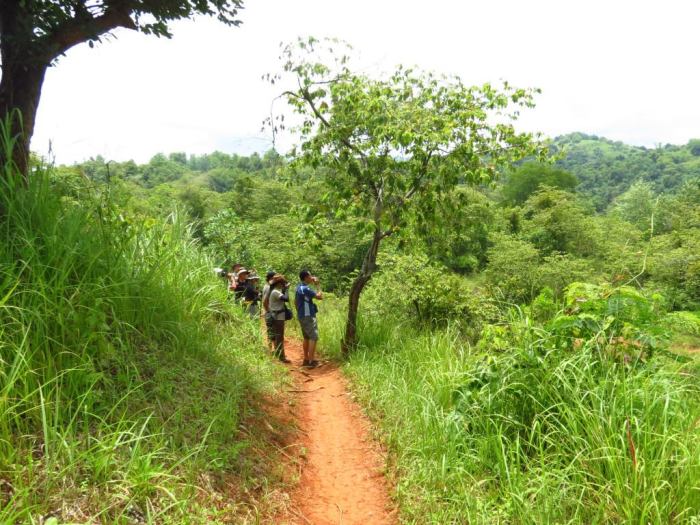 Birding in a grassy area in Timberland. Photo by Vincent Lao

WBCP member Jops Josef talks about bird surveys and why we do them. Photo by Maia Tanedo