july and august breezed through quite fast! here is a list of activities the club had the past two months.

July 1 – Celestron Optics Test. In cooperation with Grimalkin Corporation, importers of Celestron binoculars and spotting scopes, a club trip was scheduled to test a couple of Celestron products in the field. Birders gathered at the Las Pinas-Paranaque Critical Habitat and Ecotourism Area and, even in light rainshowers, continued birding. 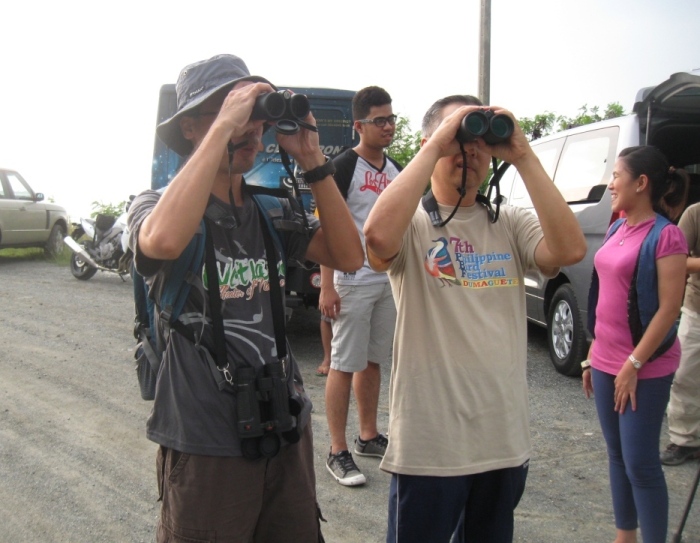 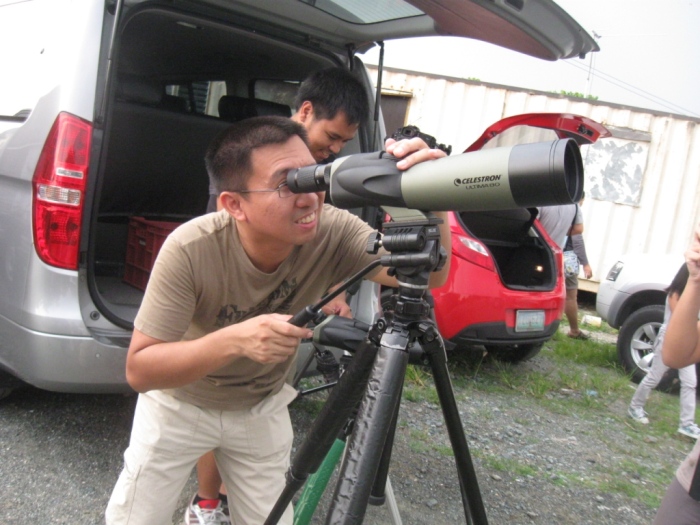 July 14 – Club Anniversary and General Assembly. The WBCP celebrated its anniversary and conducted its annual general assembly at the La Vista Clubhouse. A total of 109 members attended the event plus guests from different organizations. The new set of officers was also announced.

Group shot during the general assembly. Photo by Alex Loinaz.

July 29 – Guided Trip to LPPCHEA for UP Journalism Students. The Travel Journalism class of Ms. Khrysta Rara of UP Diliman went birdwatching at the LPPCHEA.

Birding on the bridge at Caylabe Resort. Photo by Karen Ochavo.

August 26 – Pledge2Fledge Guided Trip at LPPCHEA. A total of 44 guides and participants went bird watching at the LPPCHEA and spotted some migrant species. 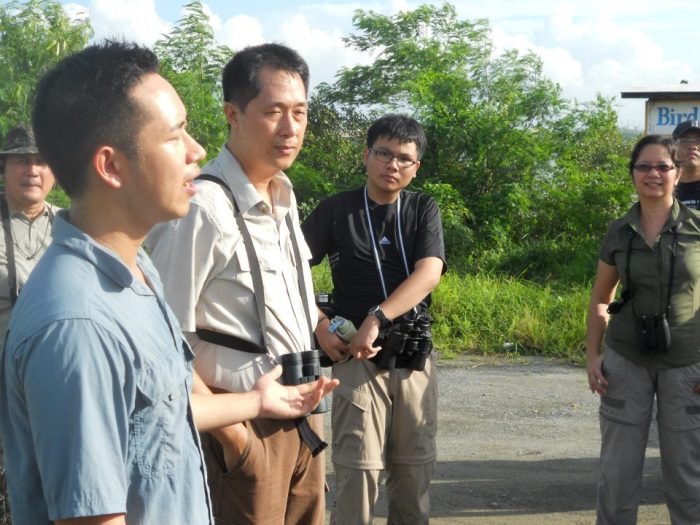 Birders on the beach, spotting some waders. Photo by Jessie Severino.

August 26 – Club Trip to Subic. Nineteen birders headed to Subic and despite a rainy start, the group saw 54 species.

Birders spotting a raptor in the distance. Photo by Tinggay Cinco.

Group shot in the rain! Photo by Tere Cervero.

August 26 – ID Bird Paintings at UP Manila. The Office of the Chancellor of UP Manila invited the WBCP to help ID some bird paintings.

One of the bird paintings in the collection. These are Sun Parakeets.

August 27 – Press Forum by Earth Island Institute. The WBCP was invited to a press forum organized by Earth Island Institute “End Dolphin Captivity! End the Slaughter!” The forum focused on protesting the dolphin slaughter in Japan as well as the planned acquisition of Beluga Whales of the Manila Ocean Park. Jops Josef and Maia Tanedo attended the event.