This article is based on a presentation made by Alex Tiongco and Marts Cervero at the 7th ARRCN Symposium held in South Korea in January 2012. Delegates from countries along the Asian Continental and Oceanic flyways from as far north as Mongolia and east as India attended the symposium. There were also delegates from the UK and USA who tooK part. The Philippines was asked to host the 10th Symposium in 2018.


RAPTOR MIGRATION IN THE PHILIPPINES: AN OVERVIEW
by Alex Tiongco and Marts Cervero

1)    The Continental – This flyway is mostly over land which encompasses the breeding areas on Northeastern Asia and stretches down to mainland Southeast Asia; Thailand, Peninsular Malaysia, then on to Sumatra, Bali, and the various Indonesian Islands, a branch goes up to Borneo and on to Mindanao and Palawan(?). 25 species of raptors are known to pass through the Isthmus of Kra a few miles north of the border between Thailand and Malaysia.

2)    The Oceanic – This flyway is fraught with vast ocean crossings covering the breeding grounds on Northeastern Asia, to Taiwan, the Philippines and on to Borneo and other islands of Indonesia.

It is estimated that more raptors by far utilize the shorter Oceanic route rather than the much longer Continental route. Generally the ones using the continental route are the much heftier raptors like eagles which are adverse to crossing large expanses of seas, whilst more of the smaller accipiters use the Oceanic route. It should be noteworthy that during the spring migration of 2007 about 230,000 raptors were seen over Sangihe, mostly Chinese Goshawks.

Status of Raptowatch in countries on the Oceanic flyway

Extensive studies of Raptor Migration are being conducted by Japan, Korea and Taiwan and the knowledge ends there. Indonesia has been long involved in raptor conservation and migration projects of the ARRCN but because of the vastness of her area, a great deal of information still needs to be discovered.

No structured studies and counts have ever been conducted in the Philippines which presents a substantial gap in the study of the Oceanic migration routes, of species and numbers of migrants on passage and of their ecology in our vastly unstudied wintering ground.

Comparison of species of Migratory Raptors found in Taiwan, Philippines, Borneo and Indonesia

Taiwan reports 14 regularly occurring species of migratory raptors compared to which the Philippines has13 species. Taiwan considers Black-shouldered Kites to be migrants whilst we consider them to be residents.  Taiwan does not consider Pied Harrier and Merlin to be regular migrants (accidentals?). Merlin is likewise considered accidental to the Philippines and since we have breeding populations of Pied Harriers we consider them to be both resident and migratory. We have yet to spot the following Migratory Raptors from Taiwan: Eurasian Sparrowhawk and Northern Goshawk.

So far, on Sangihe, Indonesia, only 6 species of Migratory raptors have been reported: Osprey, Harrier sp. Chinese and Japanese Sparrowhawks, Grey-faced Buzzard and Peregrine Falcon. Absent from these Islands are the Oriental Honey Buzzards which are regularly reported on Mindanao.

We are still unable to obtain information on the number and species of migratory raptors coming from the Philippines to North Borneo either through Palawan or Zamboanga. Borneo however is unique as it is established that Raptors using the Continental route are known to go up to Borneo and some go on to Mindanao, and Palawan(?).

Position of the Philippines in the Oceanic route

The Philippines is located at approximate positions from 4 degrees 12” to 21 degrees 30” North and from 112 degrees 30” to 122 degrees East. Longitudinally, it is about 1,000 miles and it has a breadth of about 840 miles. A raptor with an average speed flight of about 35 miles an hour would take over 28 hours to traverse the whole length of the archipelago.

Raptors are relatively hefty (in bird dimensions) and are built for relatively short bursts of flights. The Philippines should therefore necessarily be Migratory Raptors’ rest stop (if not their wintering ground) on their way to their wintering grounds in Indonesia. The Chinese Sparrowhawks which are purely passing migrants in Pen Malaysia and North Borneo are known to winter in the Philippines.

If you imagine the Oceanic Migration route to be an hour glass, Taiwan and Luzon serve as the neck (a choke point) of the hour glass. It is believed that from Luzon, the Oceanic flyway branches out to various tributaries. It is believed that some raptors go to Borneo through Palawan, others to go down to Zamboanga and are believed to go on to Borneo, still much more go to Davao and perhaps on to the small islands of Indonesia – Sangihe and Talaud(?) and onwards to the wintering grounds in Indonesia.

Unlike Korea or Taiwan, the Philippines is not a chunk of land but rather a long archipelago consisting of a chain of over 7,100 islands, each major island a microcosm in itself, with many remote nooks and crannies making a cohesive and comprehensive study of raptor migration seemingly quite formidable.

On the other hand, it provides a great array of places to concentrate on. The Northern tip of Luzon and southern tip of Davao would be a good areas to study where raptors from Taiwan and Indonesia respectively, make their landfalls and vice versa, where they leave from on their way to these places —  which is absolutely necessary in order to protect and preserve the habitat which these exhausted migrants use as a rest and roost point before and after a long sea crossing.

The north eastern tip of Luzon could tell us whether or not raptors do fly direct to and from the Ryukyu Islands to Luzon bypassing Taiwan – a hypothesis which has remained a mystery, despite sophisticated tracking devices employed by both Taiwan and Japan.

Palawan and Zamboanga are good places for coordination with North Borneo on the possibility of finding whether or not circular routes are taken by raptors which could be using both the Continental and Oceanic flyways.

The fields of study are endless.

Some statistics on distances and climate

1)    Between the southern most tip of Taiwan and the northern most tip of Luzon is about 210 nautical miles so a raptor flying at about 35 miles an hour could cover the distance in about 6 hours, provided they do not do hops on the intervening islands – which they reputably do during inclement weather.

2)    The distance between the northern most part of the Philippines and our watch area in Tanay is about 300 miles and flying straight from the northern land fall would take 8 hours approximately.

3)    Between Mati, Davao to the Talaud Islands in Indonesia is 150 miles which is about 4 hours flight. There have been reports from locals of small accipiters flying in flocks during spring migration on Mati.

4)    Between Batulak, Davao to Sangihe Islands in Indonesia is 120 miles or about 3.5 hours flight.

6)   Between Zamboanga and Basilan is 15 miles of sea crossing, Jolo to Tawi-tawi is 60 miles, Tawi-Tawi to Dent Haven in North Borneo is 60 miles.

What is the importance of showing distances and flight times? This might indicate to us later on, the exact date and time to set up the watch in a given area of interest.

The Philippines is affected by 2 weather systems:

It seems that raptors start to move during the turn of the monsoon seasons.

Raptors in the Philippines

List of Diurnal Migratory raptors and where they are found:
(Information taken from Kennedy and club records, etc.) 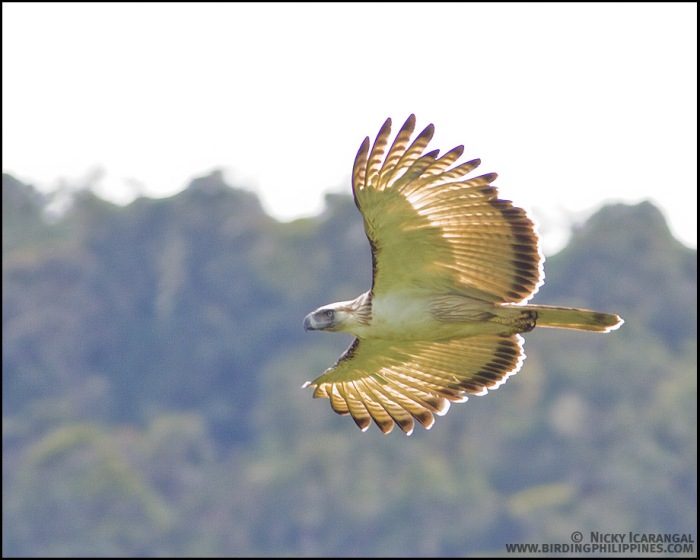 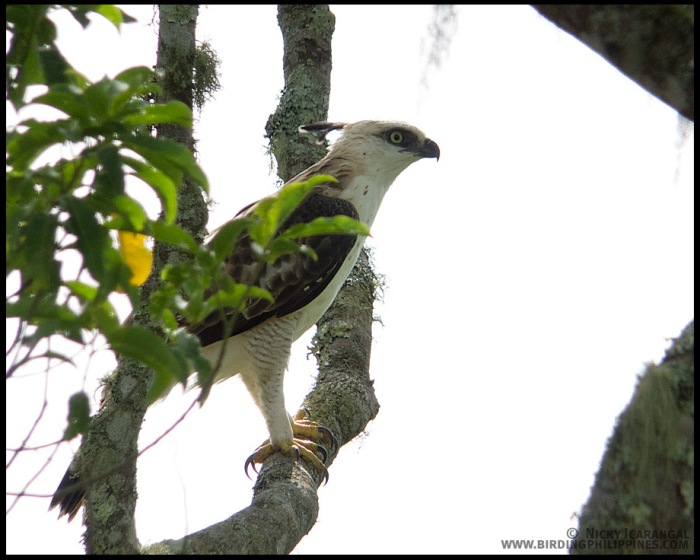 One thought on “RAPTOR MIGRATION IN THE PHILIPPINES: AN OVERVIEW”